There's nothing like a challenge to get the training and motivation up and running, so I decided to sign up for the Twenty Peaks Challenge here in Israel. This involved doing 20 selected climbs in 6 months. Doesn't sound that tough until I realised that works out to doing one of these climbs every weekend more or less. With me having the kids every other weekend the challenge has gone up slightly but heck it should be good fun and I get an awesome jersey in the process. I've actually looked at doing a bikepacking trip on the road that would take in 14 of these climbs in around 4 days, so we'll see how that evolves but pretty keen. As I said this would be a motivator to get back into shape and of course having an aim for a challenge like that could be just the thing. I'm also interested in the Transpyraness 2020 so there might be a way of wrapping all of these up together and hoping my knee's hold together. 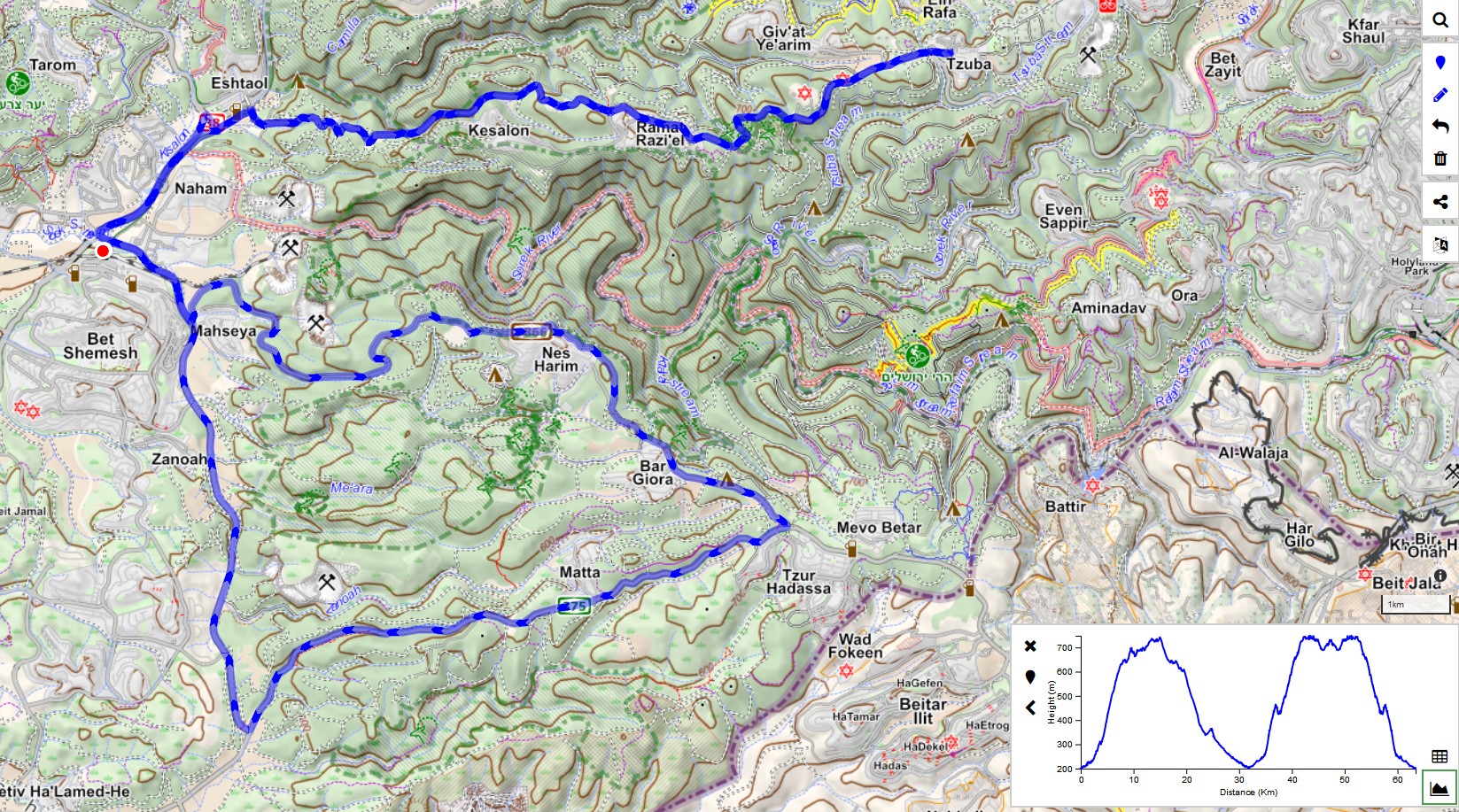 The first two climbs I decided to take on in the centre of Israel around the hills of Jerusalem, Nes Harim and Tsuba. Two climbs I've actually never attempted before so it was really exciting as I've been meaning to get to the centre of Israel to do a bit more riding. Made a loop out of it which is something I really would have thought the organizers might have put up somewhere so start connected different routes together and maybe even planning a few rides together with the other participants. Unfortunately not the case but I have found a Facebook Group so might see if I can hook up with other riders. 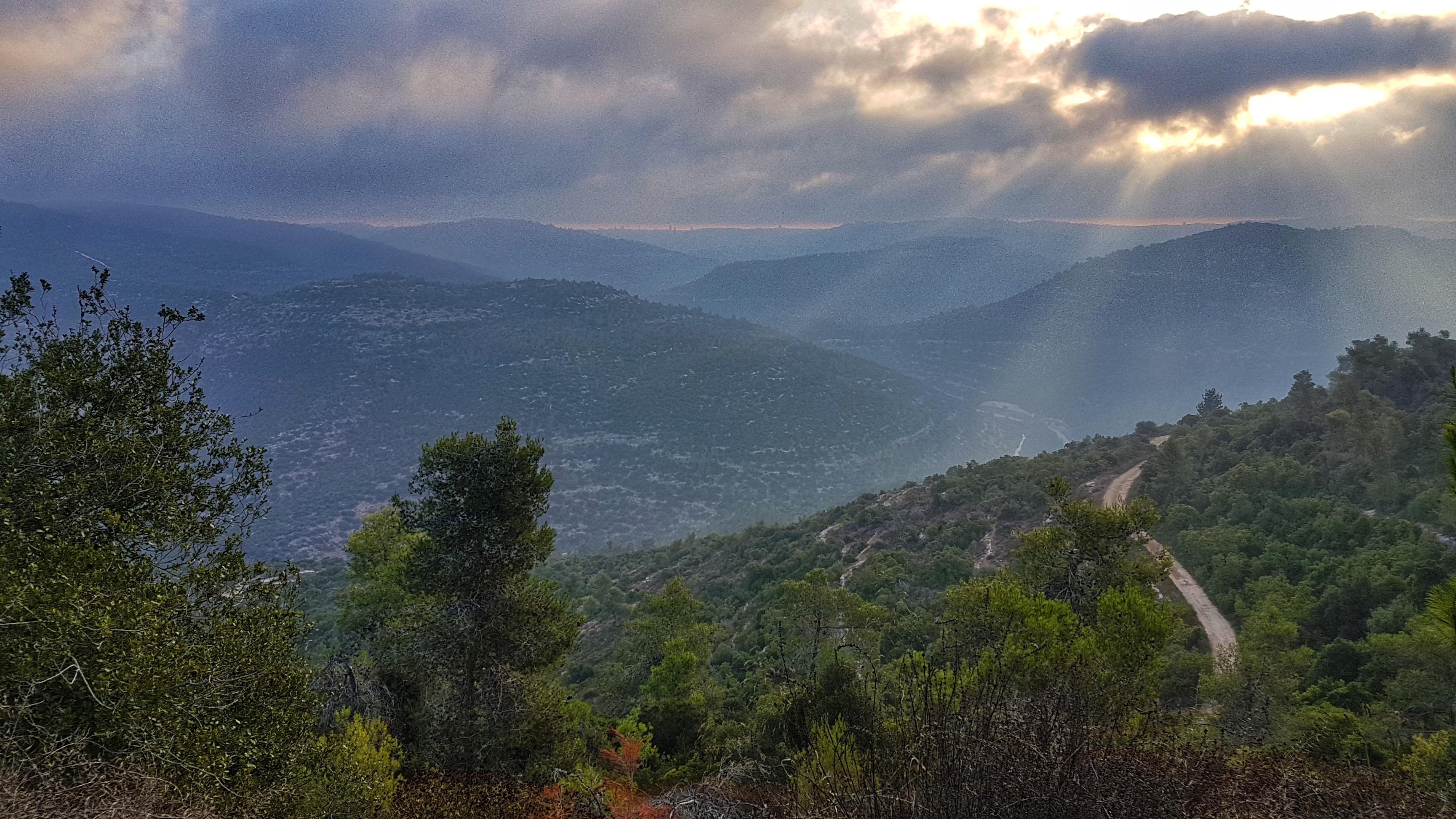 Nes Harim is a really beautiful climb. It starts out really easy and you just take in the view and the fresh air. With me coming from the low lands where the humidity is around soup level it's one of the reasons I really like climbing as I get into mountain air. You can just get into the easy gear and ride at a good pace most of the way up. There are pitches but the climb is pretty much the same most of the way through. It might also have had something to do with the fact that I basically started fresh on the climb with just a few kilometers of a warm up from the parking lot and had most of my energy levels still well topped up. The loop I did on the way down was wonderful too with the bends not sharp and technical, I was just floating down flowing around the corners watching the other riders grinding up the climb. 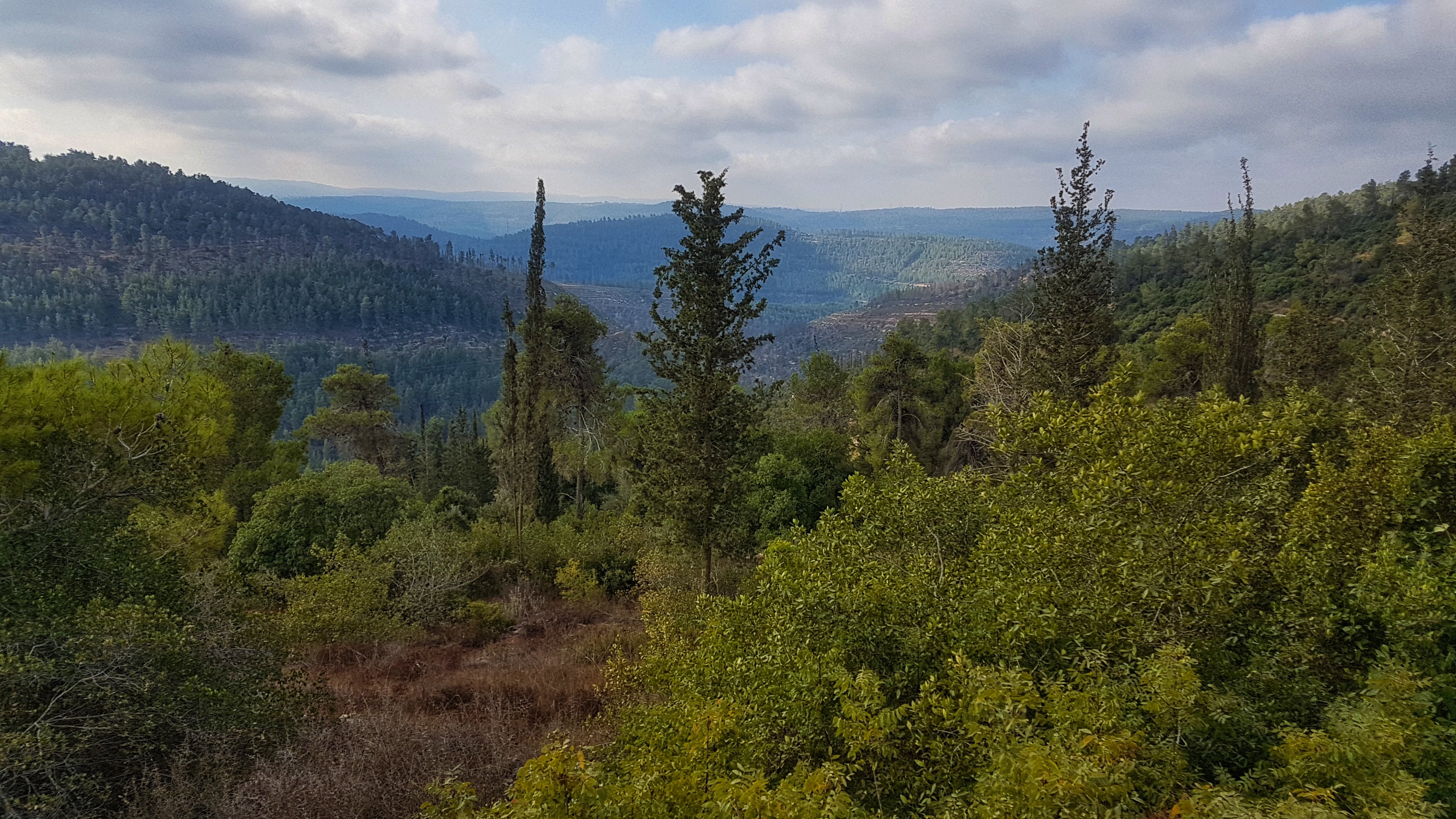 Life on the Tsuba climb was a bit of a wake up call. You get to the climb and are immediately greeted by a whopping great wall that you crawl up for the first bit of the climb. It really was not what I was expecting because I had it in my mind that the climb was tougher at the top. Most of this effort though is paid back in spades with a section through a forest and a bit of a downhill section thrown in for shits and giggles. The road becomes like a single track as you cycle through a fairytale of beautiful tree's in the shaded overhanging mountain. AS i climbed out of the closed in forest the views open up both to the left and the right revealing the rolling hills of the Jerusalem mountains. I'm sure I'll do this one again during winter and spring to take in the beauty. I came back down the climb and was grabbing fistful's of brake as what I rode up became a technical descent. Those who like that type of downhill will be happy all the way. All in all a great little ride to start things out.