Overnight Bikepacking in the North of Israel - part 2 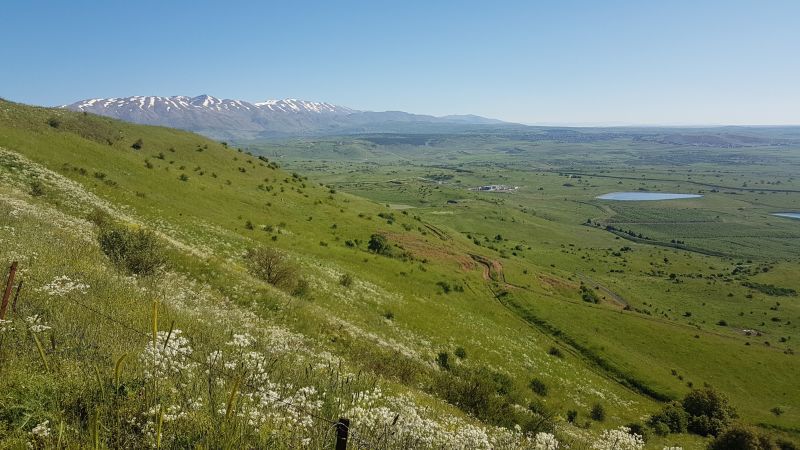 Woke up nice and early, OK not really. Slept in a bit. Thats the great thing when it's not crazy hot. You can get up a bit later and ride all day without trying to dodge the sun during the warmest parts of the day. Yesterday was actually quite chilly so had me reaching for my jacket by the end of the day when the wind was doing it's best to cut me in two. Luckily we woke up with not a breath of wind blowing so we slapped on the sunscreen and pushed off after packing up our stuff. 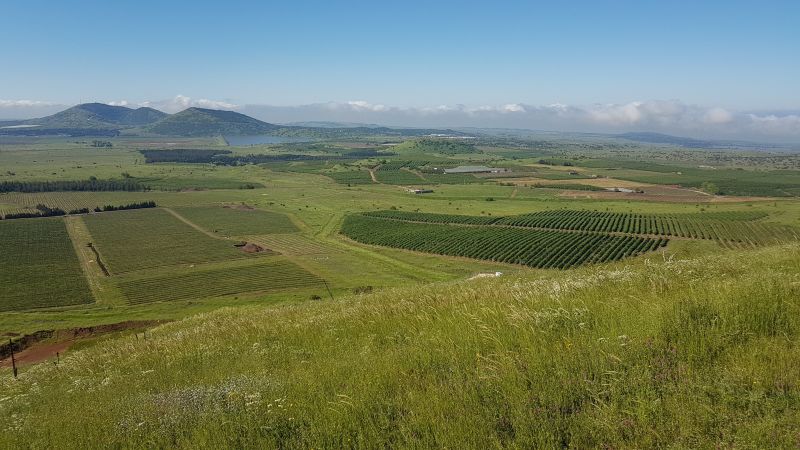 I slept like a log and all the climbing left little remnants from yesterday. It might have been different had we climbed to the top of the Hermon. I'm still not entirely unhappy they turned us around although that has left some unfinished business. I would love to get here a bit earlier next year when the Lupins turn the Golan Heights into a carpet of blue. Israel being such a small compact country yet with so much variety in any direction makes for bikepacking trips that really give you a feeling of longer distances covered. The history also helps as there has been so much activity on this crossroads from the ancient times that there are reminders left all over the show. 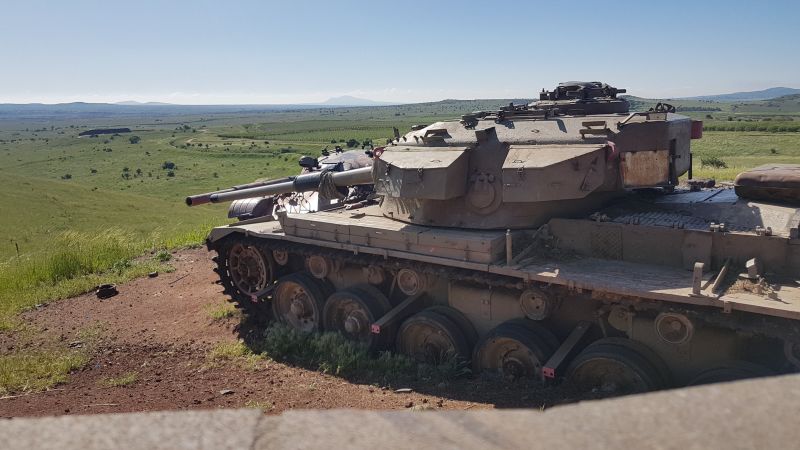 I have to add that the Golan heights are a contentious area but I don't want to delve into the politics of the are. Is that a good thing? I'm not sure but I feel that I don't want to mix bikepacking which I do for fun with the seriousness of the socio-politics of the country. There are signs though all over the show showing that landmines still mark fields all around so keep safe when venturing up there. I make sure to never leave any road when up in the Golan heights, it just seems like the best thing to do. I don't think stepping on a landmine would ever make for a fun end to a bikepacking trip. With that little warning message lets get back to the trip. 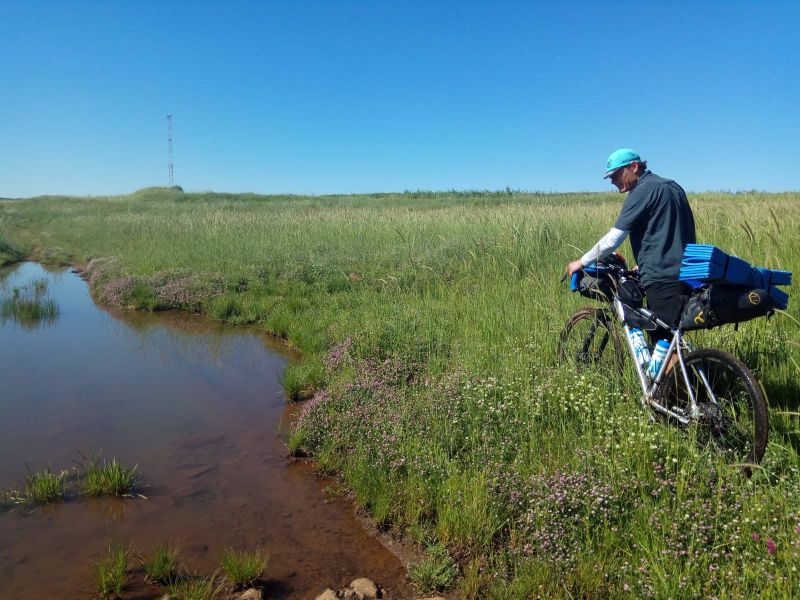 With the change from yesterday the original route left us with a shorter day so we decided to mix it up a bit. We took in the views over Syria as we climbed up to the first little climb of the day, appropriately named Hermonit or little Hermon. It wasn't really and the climb was paved so not at all a huge energy sapper for the day ahead. The views from the top were really special and there are some bunkers you can walk around in. I would not like to be up there on a day when the fireworks were actually going off. There has been quite a bit of rain this last winter yet we didn't see that much mud lying around. Leaves me wondering whether coming up after the rains might not be too bad of an idea, the soil may just soak it all in. 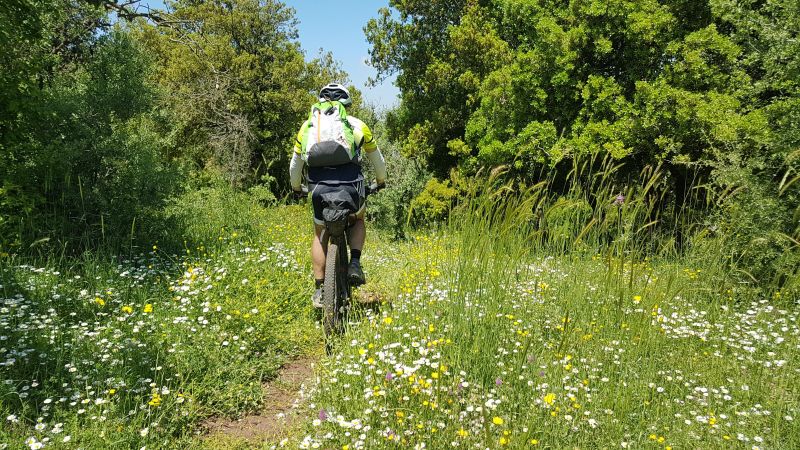 The main work for the day came in the form of the climb to the top of Merom Golan. This was also paved but that didn't make the 15% beast any easier. It's just over a kilometer yet my legs were full of lactic acid by the time we got to the top of the climb. This is a sharp nasty little bugger and the views at the top could be questionable for the effort on a bike. It's also a up and down climb, so you get to the top and then come back down. The cool thing is that there's a little shop called Coffee Anan so you can kick up the legs and spoil yourself with a nice cup of fresh brew. A brewery here would be a gold mine I reckon. 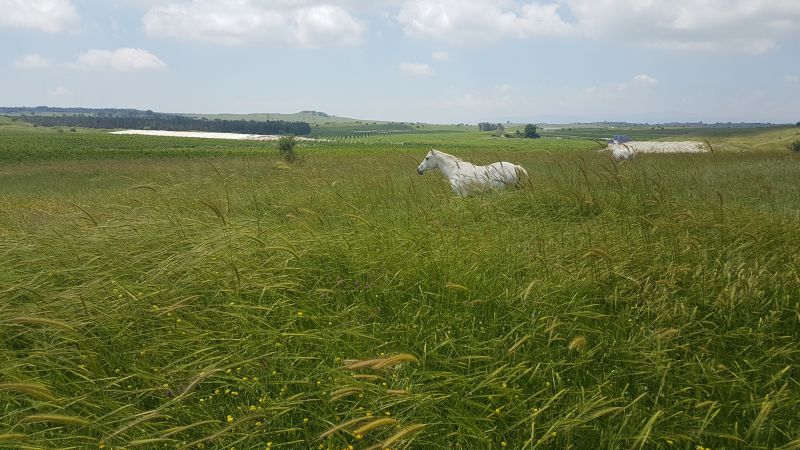 To finish off we wove through the single track of Merom Golan lying just to the west of the kibbutz. This is a lovely little non technical trail perfect to finish off the ride with some of the extra weight of the bikepacking equipment. It flow's up and down the little climbs that are thrown in for good measure. I really enjoyed this little trip and it makes me really want to get up here next here for the Trans Golan trail which can easily be connected up to the Kinneret loop 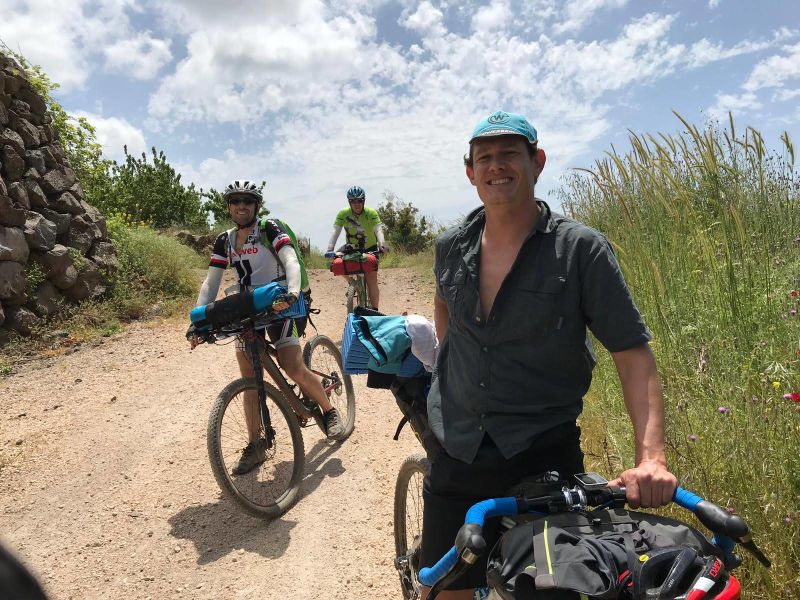